An experience. Isn't that what we most need to bring a reality from head to heart?

"They brought the ass and the colt and laid their cloaks over them, and he sat upon them. The very large crowd spread their cloaks on the road, while others cut branches from the trees and strewed them on the road. The crowds preceding him kept crying out saying, "Hosanna to the Son of David; blessed is he who comes in the name of the Lord; hosanna in the highest."             Mt 21: 7-9

We cried out to Him to enter the gates of our hearts.

We then moved in silence and sat at the large table with the white tablecloth and folded napkins to share a simple meal--Agape--Divine Love. What He did with his disciples the night before He was crucified. 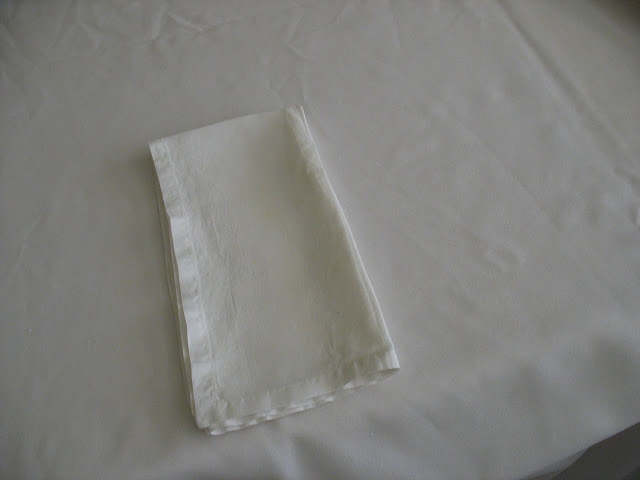 A huge round loaf of bread was passed around and one by one we broke off a piece until everyone had one. Someone came and gently set little cups of juice at each place. 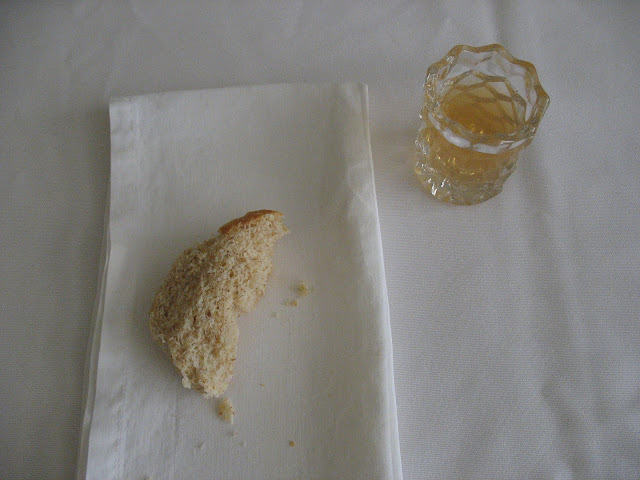 Bowing our heads before the meal, we gave thanks for all the ways we are daily fed and nourished and feasted. Then we ate and drank as one. Everything in complete silence until the song "Take Lord Receive" was played in the background.

"While they were eating Jesus took bread, said the blessing, broke it, and giving it to his disciples said, 'Take and eat; this is my body.' Then he took the cup, gave thanks, and gave it to them, saying, 'Drink from it, all of you, for this is the blood of the covenant, which will be shed on behalf of many for the forgiveness of sins...' " Mt 26: 26-28

In that setting, it was easy for me to see the breath of life around me. I could see people's chests rising and falling across from me, or hear their breath next to me when I was so undistracted. I could see the tears rolling down the cheeks. Everything seemed holy in that silence. His presence had entered.

Mindfulness. That's what happens. Mindfulness of every move made when things are done in silence in the presence of others. I can eat mindlessly when I am by myself, but surrounded by others, I become more mindful. One little piece of my bread broken and then another and another until the whole piece I broke off was slowly consumed.

We were then led into parlor where twenty or so candles were burning on a table, enough for everyone to have their own. We were reminded of the new command, "Love one another." And that if anyone loves Him they will obey the teaching. 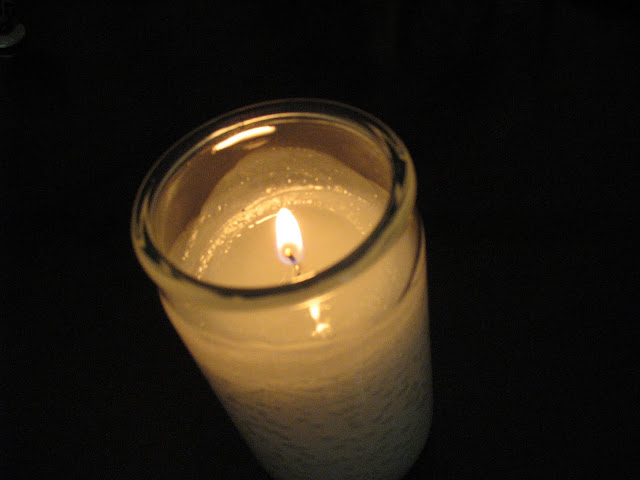 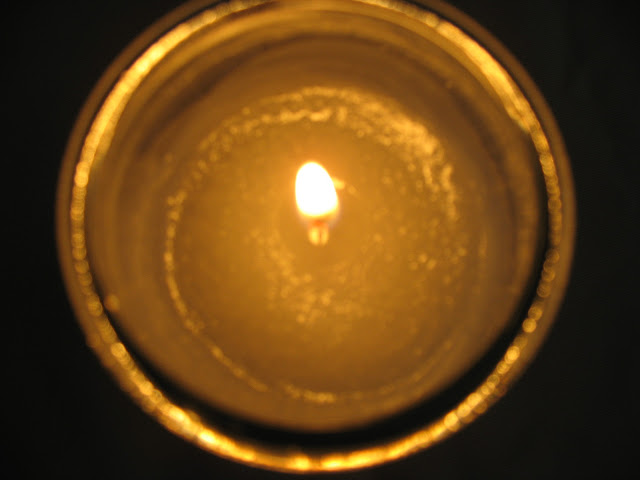 We followed again into the chapel of the monastery. In front of the altar leaned a large cross. One by one we took turns venerating it. Each person paused a minute or more to pray with the cross, honoring Jesus in their own way for His sacrificial gift for them, then waited as someone else came up to receive it next. One person at a time. Some stood, some knelt. 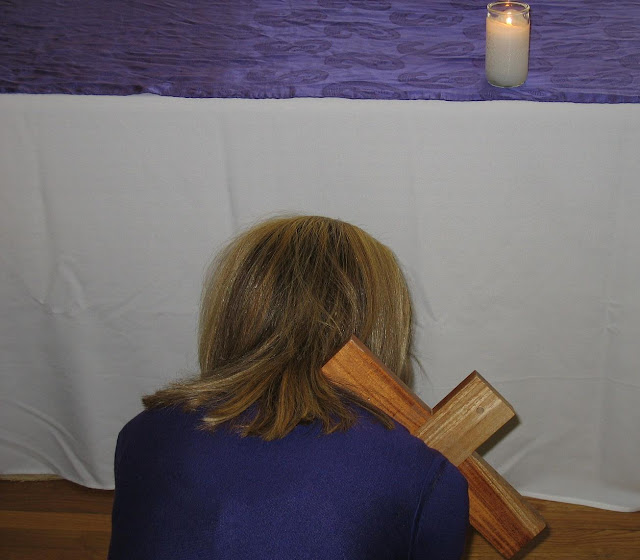 Taize music could be heard in the background. "Jesus, remember me, when you come into Your kingdom..." That's when the sword pierced the heart for me.

Softly I wept when kneeling before the altar. No audible sounds; maybe a gasp. But shoulders trembling. He felt so real, so close. The reality sunk from head to heart.

Have a most blessed Holy Week!
Love & prayers,
Sheila
Posted by becomingwomenofpeace.com at 3:18 PM